Top Segments For The Final WWE RAW Before Royal Rumble 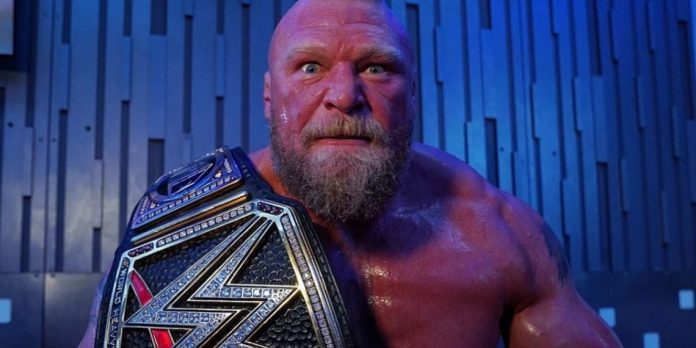 Next week’s RAW from the Huntington Center in Toledo, OH will be headlined by a weigh-in for Bobby Lashley vs. WWE Champion Brock Lesnar at the Royal Rumble. Paul Heyman and MVP will be at ringside with their Superstars.

Lesnar and Heyman did not appear live on this week’s RAW, but Lashley defeated Seth Rollins by DQ due to an attack by Shelton Benjamin and Cedric Alexander. WWE also aired a video package looking at the lives and careers of Lashley and Lesnar, in WWE and MMA. You can see that video below.

The final RAW before the Royal Rumble will also feature The Miz hosting a “birthday party extravaganza” for his wife Maryse, who will turn 39 this coming Friday.

It’s expected that the birthday party will be crashed by WWE Hall of Famers Edge and Beth Phoenix, who will face Miz and Maryse at The Rumble. This week’s RAW saw Maryse lure Phoenix to the ring while Miz attacked Edge at ringside. Edge fought Miz off, but Maryse dropped Phoenix with her loaded purse. Miz later revealed that there was a brick inside of the bag.

As noted earlier at this link, next week’s RAW will also feature an Academic Challenge between RAW Tag Team Champions Alpha Academy and RK-Bro. The Academic Challenge will feature Otis and Chad Gable vs. Randy Orton and Riddle in a series of tests to prove which is mentally superior. There is no word on if this will lead to a rematch at The Rumble, but Gable indicated that Riddle must win this challenge to prove he’s worthy of a title shot.