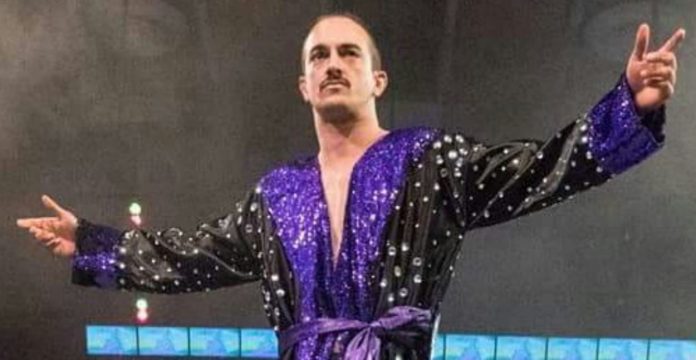 Peter Avalon took to Twitter today and made the career announcement that he had been teasing.

Avalon noted that he is now taking bookings for all indie dates and appearances, as his career status is “#LFG” or “let’s fucking go.”

Avalon can be contacted for bookings via peterah1989@gmail.com. He has already been announced for the Lucha VaVoom events on Friday, February 11 and Saturday, February 12 in Los Angeles, and the Epic Pro Wrestling event on Saturday, May 21.

It was recently revealed that Avalon’s deal was set to expire within a few weeks of mid-December, but there’s been no update on the official status of the contract, and if it’s been extended, renewed or expired.

Avalon was pulled from Zicky Dice’s Outlandish Paradise event held this past Saturday, so that he could work the weekend AEW Dark tapings from Orlando. He worked one match at those tapings, teaming with JD Drake against Wheeler Yuta and Orange Cassidy. Avalon debuted a bit of a new look at the taping, which you can see in photos below.

Avalon made his AEW debut at Fight for The Fallen 2019 on July 13 of that year, losing to Sonny Kiss in a dark match. Since then he was worked matches for Dark, Elevation and Dynamite, but primarily on the Dark shows. Before this past weekend, Avalon, currently in The Wingmen stable with Drake, Cezar Bononi and Ryan Nemeth, last wrestled at the December 3 AEW Dark taping, teaming with Bononi for a loss to Wheeler Yuta and Orange Cassidy. He also worked the Elevation taping earlier that week on December 1, teaming with Bononi and Drake for a loss to Lee Johnson, Brock Anderson and Dustin Rhodes.

While with AEW, Avalon has continued to work for certain indie promotions. There is no word on what his AEW status will be moving forward, but we will keep you updated.

Stay tuned for more. Below are a few related tweets:

Book the #AEW Original, Dynamite since day 1, #PPAALLDAY 🧨🍸
Any date, any time, any place. pic.twitter.com/p4RZcX5pNM

Claim Made That William Regal “Immediately” Regretted Signing With AEW

Charlotte Flair Comments On How She Deals With Internet Rumors