Britt Baker Expresses Interest In Competing On “Dancing With The Stars” 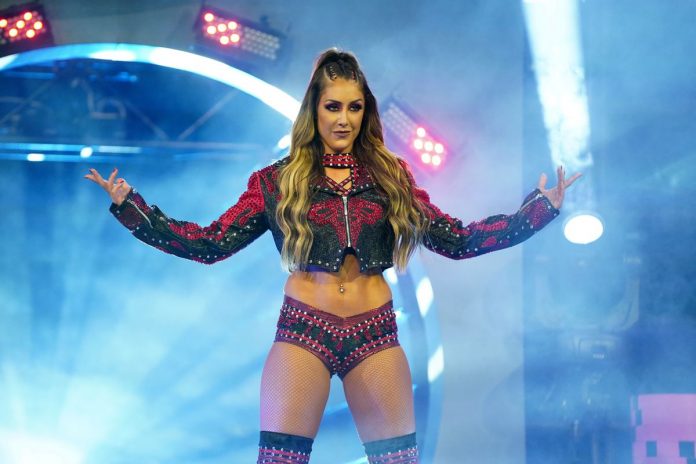 Britt Baker is the latest wrestler to express interest in joining Dancing With The Stars after past wrestlers such as The Miz, Chris Jericho, Nikki Bella, and Stacy Keibler have appeared on the show.

Baker expressed her desire to compete on the show during an appearance on Barstool Rasslin.

“I think both. I don’t think anybody really knows ballroom dancing when you go on the show. You like have rhythm or you don’t. And I think you need to get paired with the right partner and you will..”